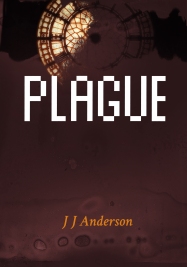 … that’s the time a potential reader gives to the cover of each book when scanning a bookshop display or online screen.  So say the publishers. In that time the individual takes in the design, the title and whatever is written – tag-line or glowing review – on the front cover. If it doesn’t get their attention, their eye moves on to the next. So the pressure to make the cover arresting and appealing is intense.

The new novel from yours truly – a contemporary political thriller set in Westminster, entitled Plague – is due for publication in the Autumn of 2020, with review copies available in the Spring.  So I am currently engaged with publisher Claret Press and designer and artist Petya Tsankova in deciding upon the cover. Petya is a freelance graphic designer who frequently works with Claret Press. 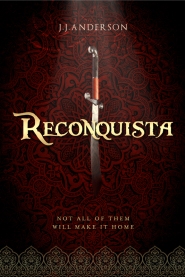 I am used to working with cover designers. Readers of my blogs at The Story Bazaar will be familiar with the work of Andrew Brown, who designed the cover for Reconquista  see ( Reading a Book by its Cover ) and that of Dan Mogford ( Final Touches ) who designed the cover for The Silver Rings. Both are excellent designers who created covers which, in my humble opinion, have stood the test of time, with arresting images, bold and interesting lettering and sufficient of a theme to link the two together. Credit for this must go to Dan who designed the second of the two  and continued the pattern – quite literally when it came to the tracery at the foot of each cover. 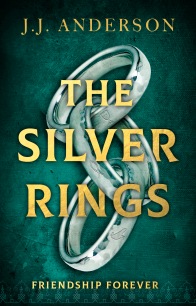 Incidentally, both books in the Al Andalus series can be had half-price, for less than the price of a cup of coffee, at the Smashwords Christmas Sale which runs from Christmas Day until the New Year.

This time around, however, it’s not just the cover for Plague ( a very early version of which can be seen above left ). Plague is the first in a series of novels with the same protagonist, so there must be commonality in the designs for each of the covers, thereby establishing a brand. A quick visit to Amazon or any other online bookstore to take a look at a long running series will show how that translates in design terms.

So I have received not one, but three covers recently, for the first three books in the series. For Plague, but also for Oracle, the second in the series, which is set in Delphi, Greece and Opera the third, which returns to central London ( and which I have not yet started writing – although I know its last line – I have my writing life mapped out until December

The covers aren’t final and they will change and develop ( the photo right does not do that cover justice ).  The title needs to be clearer I think, especially of Plague – two seconds, remember, and the eye moves on, the gaze won’t linger to decipher a word which isn’t understood immediately.  I do like the fractured nature of the space in the first set of covers,  the jagged edges which promise the excitement of the thriller within which remind me of film titles of the nineteen sixties.  But there’s a way to go yet….

In the meanwhile Merry Christmas and a Happy New Year to all readers!

There are many ways to die. Plague is just one.